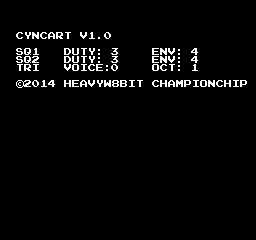 CYNCART allows you to Synchronize a Commodore 64 to a Nintendo NES in order to use both systems as a Synthesizer at the same time.

First step of the project was to modify Cynthcart so that data is sent out of the user port on the C64. Cynthcart allows you to play upto three voices at the same time, however only data for the first two voices gets sent out of the C64. It became too buggy when I tried to sync all 3 voices.

Join the Email List to be notified of any future updates on this project.